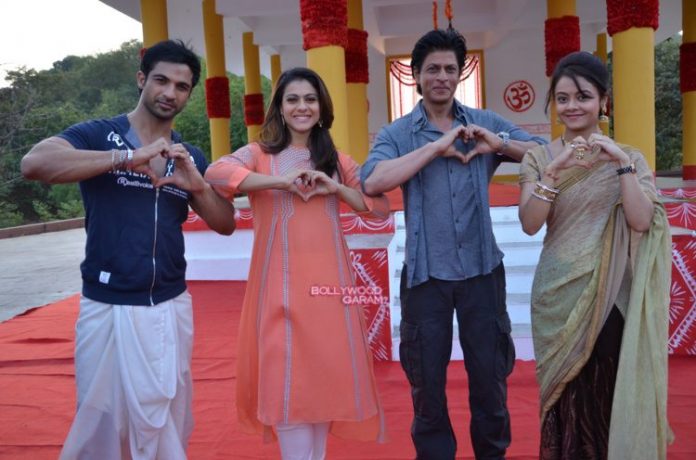 Bollywood stars Shahrukh Khan, Kajol, Varun Dhawan and Kriti Sanon promoted their upcoming movie ‘Dilwale’ on the sets of the TV show ‘Saath Nibhana Saathiya’ on December 7, 2015. Shahrukh and Kajol will be seen resolving a misunderstanding between the lead actors Mohammed Nazim and Devoleena Bhattacharjee.

Varun and Kriti too will be seen making a special appearance. To know more the audience will have to tune in to their TV sets to see how the actors help the characters Ahem and Gopi clear the misunderstandings between them.

The movie Dilwale is directed by Rohit Shetty and is all set to hit the theatres on December 18, 2015.