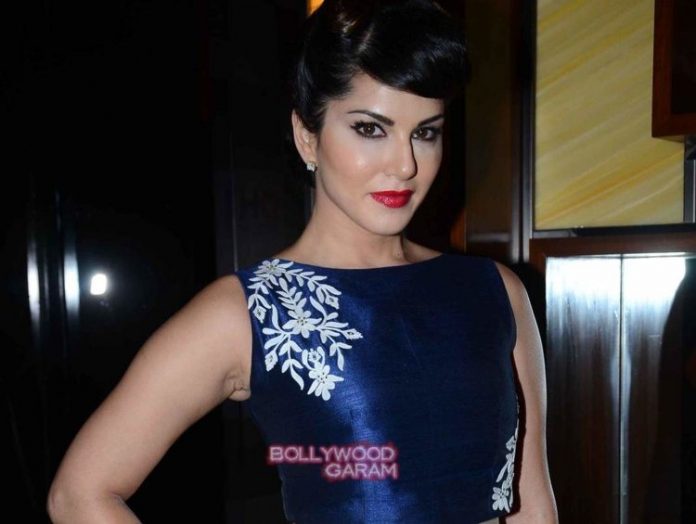 Actress Sunny Leone stunned in a blue Mayyur Girotra creation at an event in Mumbai on December 9, 2015. Leone wore a royal blue crop top and a sea blue lehenga with a no-jewellery look.

On the work front, the actress is currently working on her upcoming movie ‘Mastizaade’ which stars Tusshar Kapoor and Vir Das. The movie is directed by Milap Zaveri and is all set to hit the theatres in January, 2016.