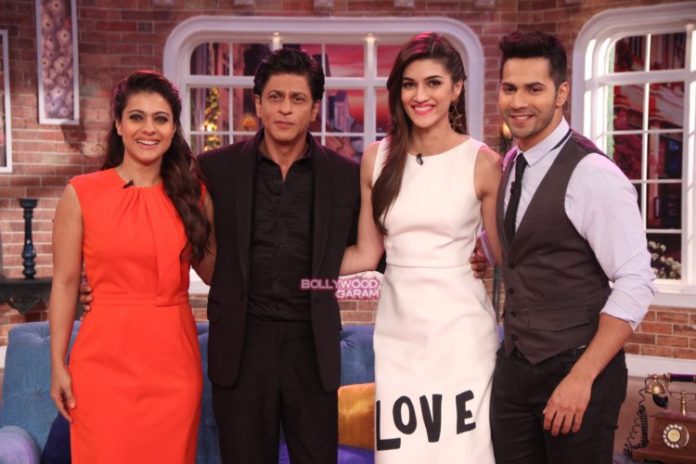 Lead actors of ‘Dilwale’ Shahrukh Khan, Kajol, Varun Dhawan and Kriti Sanon dropped on the sets of ‘Comedy Nights With Kapil’ for promotions in Mumbai on December 8, 2015. Shahrukh was seen making an entry on a hover board while, Varun and Kriti were seen shaking a leg with the host.

The show also saw Johnny Lever as a special guest. The episode featuring ‘Dilwale’ stars will be aired on December 13, 2015. The character ‘Daadi’ played by Ali Asgar entertained the guests and left everyone in splits.