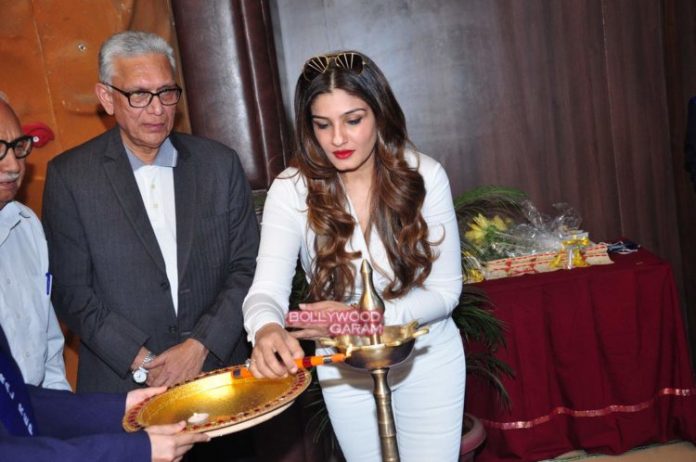 Indian actress Raveena Tandon attended the inauguration ceremony of a new sports playground at Jamnabai School in Mumbai on December 10, 2015. The actress looked pretty in a white outfit and lit the inaugural lamp at the event.

Tandon was seen interacting with the students and staff and posed for pictures. The actress at the event also spoke about the importance of sports and physical activities in a child’s life.

Tandon is a mother of two children and quit acting after she got married to producer Anil Thadani.