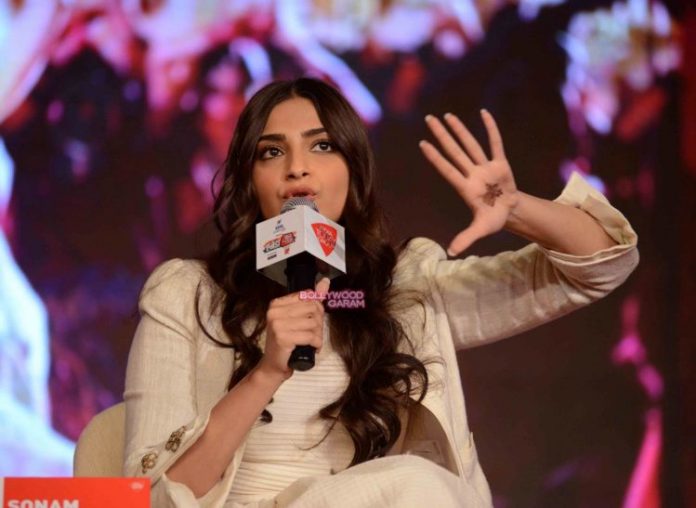 Indian actress Sonam Kapoor was snapped at the Aaj Tak Agenda 2015 event held in Mumbai on December 11, 2015. The ‘Prem Ratan Dhan Payo’ actress as usual made a fashion statement in a Chloe crop jacket and an Ashi Studio outfit.

Kapoor has always been vocal while expressing her thoughts in public. The event saw the actress speaking her heart out on various issues. On the work front, the actress was last seen in the movie ‘Prem Ratan Dhan Payo’ opposite actor Salman Khan.

The movie that hit the theatres during Diwali proved to be a big hit at the box office.