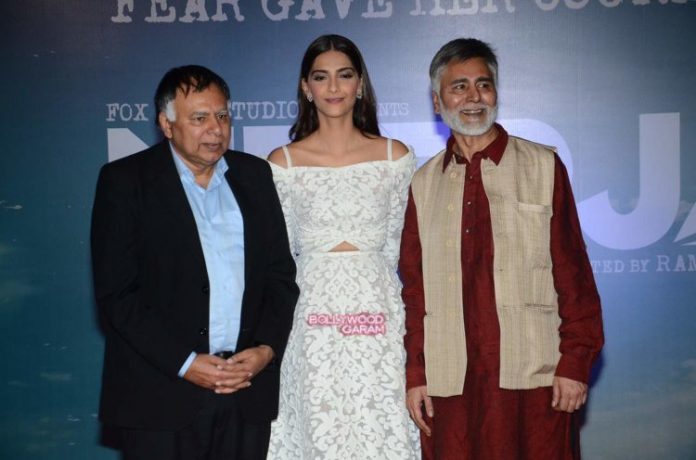 Indian actress Sonam Kapoor launched the trailer of the movie ‘Neerja’ based on the life of a fearless flight attendant, at an event in Mumbai on December 17, 2015. The actress looked pretty in a white outfit and talked about the character of ‘Neerja’.

The actress, while talking about the character broke down and also shared what efforts went in to making of the movie. The story of the movie is about the late flight attendant Neerja who risked her life to battle with the terrorists in 1986.

The movie is directed by Ram Madhavni and is all set to hit the theatres on February 19, 2015.