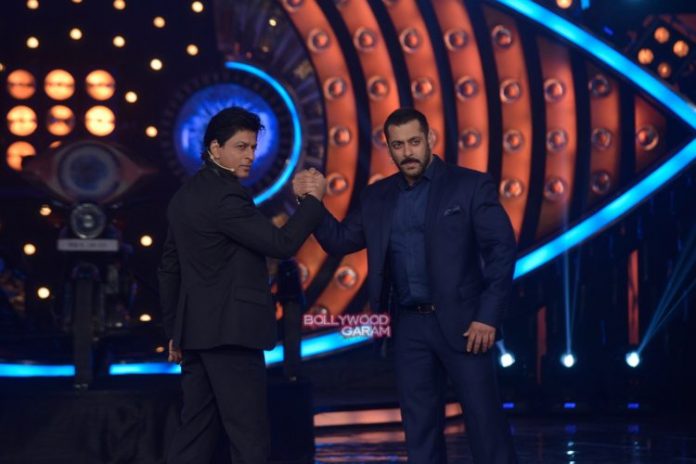 Bollywood star Shahrukh Khan appeared on the show ‘Bigg Boss’ to promote his upcoming movie ‘Dilwale’ on December 20, 2015. Shahrukh and Salman were seen sharing a screen space after a long time.

The actors were seen making a grand entry on the stage and performed together. The stars also remembered the movie ‘Karan Arjun’ that saw Shahrukh and Salman work together in 1995 and remembered the dialogue ‘Mere Karan Arjun Ayenge’.

The two also clicked a selfie together that went viral on the net.