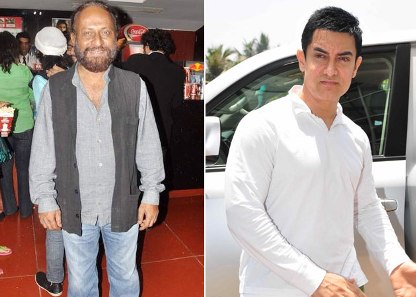 Bollywood actor Aamir Khan’s show ‘Satyamev Jayate’ has touched many lives and has made the much awaited and needed reality check in to the issues which were not unknown before. Now appreciating the efforts by Aamir and his team, film maker Ketan Mehta has presented them with an elaborate film which will highlight the overwhelming response generated by the show on Twitter.

Ketan said that the show has helped transform the way TV as a medium is viewed and contributed to the greater good of the society. Mehta added that Maya has helped pioneering the art and technology of animation and visual effects in the country while ‘Satyamev Jayate’ has provided the opportunity to use the visual effects technology to convey the essence and impact of the show.

The film maker also said that the film is their tribute to the show which has sparked off the revolution and at Maya they are proud to be associated with this phenomenon in the history of Indian Entertainment Industry. The short film has captured the various tweets from an array of influential people from all walks of life and their reactions to the show.

Ketan Mehta’s short film has shown that Aamir Khan’s efforts has forced many of the people in the society to think about various issues.