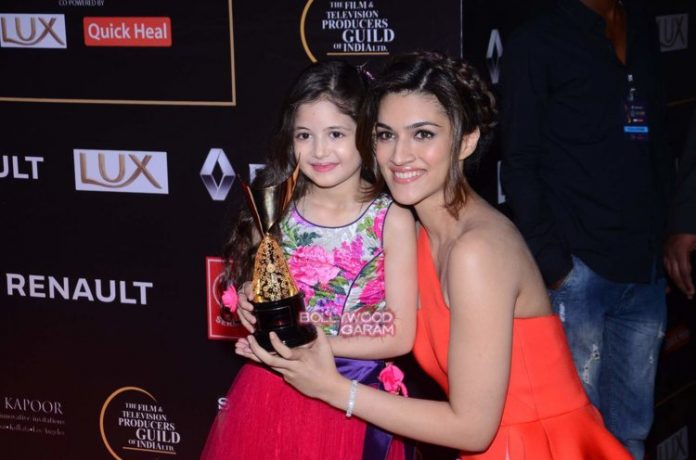 Director Kabir Khan was seen posing with multiple awards. Shahid looked elegant in a grey suit and carried the look from his upcoming movie ‘Rangoon’.

Sonam looked pretty in a black gown and recently released the trailer of her movie ‘Neerja’.