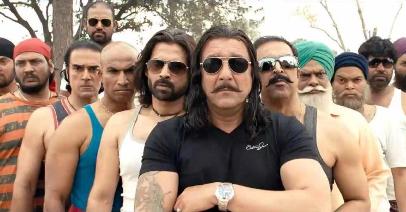 The makers of the movie ‘Son Of Sardaar’ is all set to be released this Diwali. But it seems like the movie might face some legal problems as a Chandigarh based lawyer has served a legal notice to the makers of the film.

The complainant has said that the movie is portraying the Sikhs in poor light. The movie stars Ajay Devgn, Sonakshi Sinha and Sanjay Dutt. The lawyer, Navkiran Singh who served the notice said that the comments like “If Sikhs were not there, then who would have invented abuses” and also “in case Sardar would not have been there, then on whom would the jokes be made” have hurt the sentiments of the community at large.

Singh has given time to Devgn of seven days to respond to the suit. The complainant has demanded to make necessary changes in the dialogues after which the office will take necessary actions on the criminal as well as civil side against Devgn and all the others who are involved in the execution of the flick.

The movie is directed by S S Rajamouli and is the remake of the 1923 American silent movie ‘Our Hospitality; starring Buster Keaton and Natalie Talmadge. The movie is due to be released on November 13, 2012.