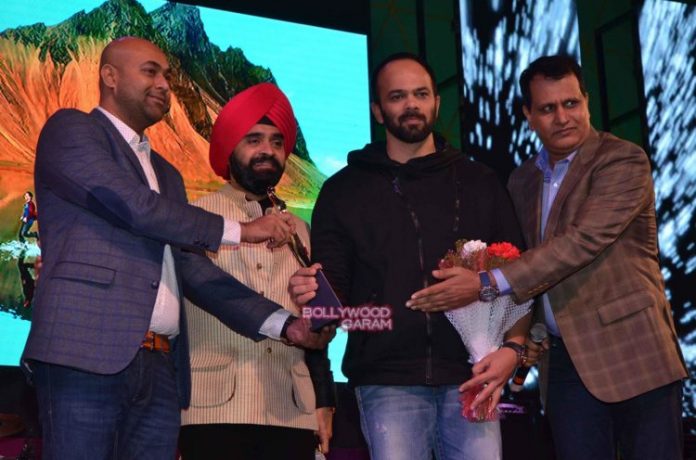 Indian filmmaker Rohit Shetty graced the grand finale of the ‘Mulund Fest’ organized by Congress leaderCharan Singh Sapra, the chairman of the NGO ‘Sewak’ in Mumbai on December 27, 2015. The focus of the event was to explore the talent among the youngsters.

The ‘Mulund Fest’ was in the sixth year and the grand finale saw many other celebrities present. Comedian Kapil Sharma was seen handing over the prizes at the festival. The Grand finale of the event saw singer Kunal Gangawala who mesmerized the audience with his voice.

The event had many contests including dancing, karaoke singing, body building, painting, badminton, rangoli, marathon and others.