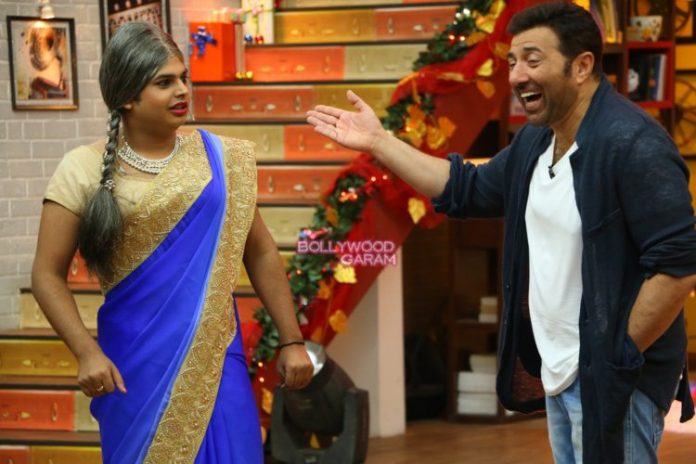 Bollywood actor Sunny Deol appeared on the show Comedy Classes on Life Ok Channel. The New Year special episode is all set to be aired on December 31, 2015 on Life OK.

The two- hour special episode will also feature the stars of ‘Pyaar Ka Punchnama 2’ Sunny Singh, Sonali Sehgal, Kartik Aaryan, Omkar Kapoor and Ishita Raj Sharma. The show will also see the cast of the upcoming movie ‘Kya Supercool Hain Hum’. Actors Aftab Shivdasani and Tusshar Kapoor will be seen having fun on the sets. The regular cast of the show will see Mubin Saudagar, Purbi Joshi and Siddharth jadhav.