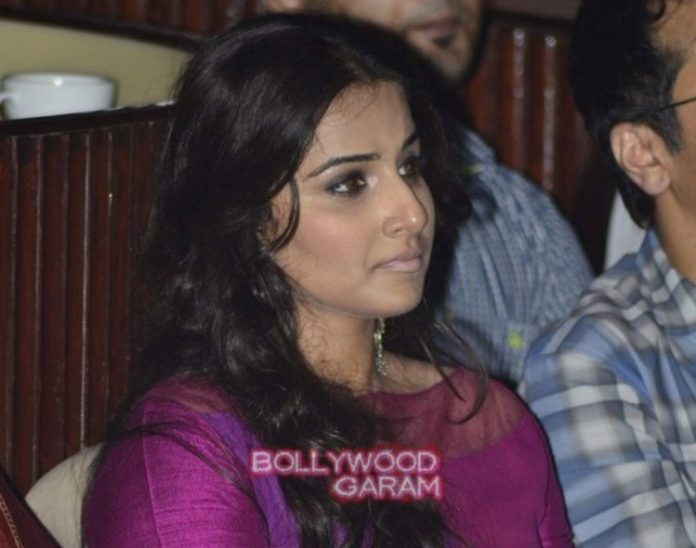 Bollywood actress Vidya Balan has been admitted to the hospital for a suspected kidney stones. The ‘Bobby Jasoos’ actress was admitted to the Hinduja Hospital in Mumbai on December 30, 2015. Vodya had reportedly planned to celebrate New Year with husband Siddharth Roy Kapur in Abu Dhabi.
Vidya and Siddharth had planned to celebrate New Year in Abu Dhabi as the actress celebrates her birthday on January 1, 2015. But all their plans had to be stalled due to Vidya’s health. The ‘Dirty Picture’ actress complained of pain in her back. The pain was so severe that the actress and her husband deplaned from the flight.
Vidya and Siddharth had already boarded a connecting flight to Abu Dhabi and the aircraft was ready to take off. The pain was so severe that paramedics were called onboard and they had to get off the flight. The actress was later taken to a clinic at the airport for examination where she received the necessary treatment.
Vidya was taken to the Hinduja Hospital for further treatment. The doctors have suspected that kidney stones could be the reason behind the severe pain caused. On the work front, the actress was last seen in the movie ‘Hamari Adhuri Kahani’ opposite actor Emraan Hashmi.