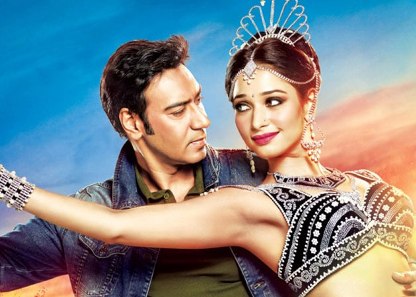 The films makers these days are finding new ways to promote their movies. Indian film maker Sajid Khan’s much hyped remake of the movie ‘Himmatwala’ starring Ajay Devgn is all set to go on floors. However, the ‘mahurat’ (first shot) of the movie will be watched by the whole world live which will take place in Hyderabad on August 22, 2012.

The makers have opted to go online with the live event instead of calling the TV cameras. The first shot event will be streamed live on the video sharing website YouTube. Sajid said, “ The idea behind showing the mahurat live online sprang from the fact that i wanted to reach out to as many people as possible and involve the public with the film right from the mahurat.”

The film maker added that this is the first time the digital platform is being used for such an event in India. Sajid added that he likes to do things that no one else has done before and that everyone is excited about it.

The event will be held at the famous Ramoji Film City and the event will also include a special treat or al people who tune in. The mahurat will begin at 1 pm and will last for five to six minutes.