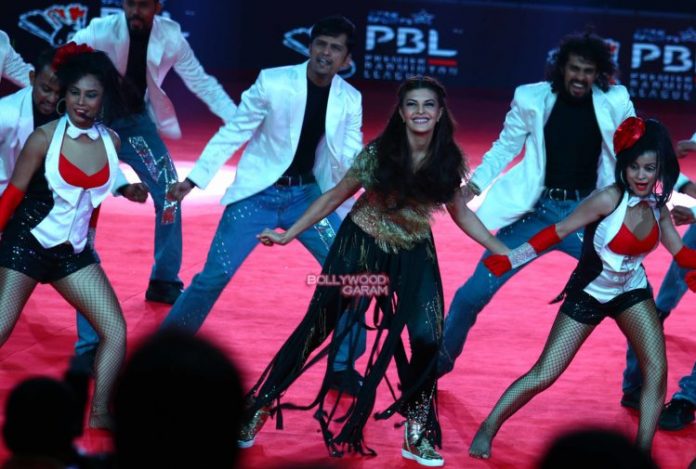 Sri Lankan beauty Jacqueline Fernandez performed at the opening ceremony of the Premiere Badminton League held at National Sports Club of India in Mumbai on January 2, 2016. Jacqueline stole the show with her performance and was seen in a shimmery outfit.

The actress performed on some of her tracks including ‘Sooraj Dooba Hain, ‘Chittiyan Kallaiyan’, ‘Kick’ and ‘Hangover’.

The event was also attended by the PBL’s brand ambassador Akshay Kumar who also owns a team Mumbai Rockets.