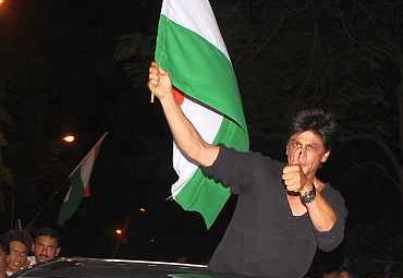 After the smoking and the Wankhede Stadium row, Bollywood super star Shahrukh Khan is now in trouble for allegedly insulting the National flag. The star has been booked based on the complaint filed by Ravi Brahme, the secretary of Lok Janshakti Party.

Bramhe claimed that the 46 year old actor allegedly insulted the tricolour in a video which was uploaded on the video sharing website YouTube. An FIR has been filed against the actor on August 14, 2012. A police officer said that Shahrukh has been booked under the sections of Prevention of Insults to the National Honour Act 1971. The officer added that the case documents consist of some photos and videos too.