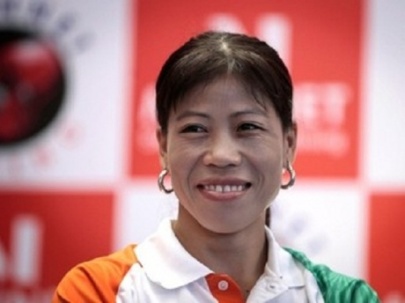 BollywoodGaram.com: Filmmaker Sanjay Leela Bhansali is reportedly planning on making a film on the life of the Olympics bronze-medal winner, boxer MC Mary Kom. Omung Kumar, the art director who had earlier worked on the films like ‘Black’ and ‘Saanwariya’ will helm the movie.

Kumar had approached Bhansali with a detailed script which was based on the life of Mary Kom after getting the required permission. While talking to reporters, Sanjay confirmed the plot development and said that he was happy that Omung had done his homework.

The art director was actually inspired by Mary’s life and was following her much before she went for the 2012 London Olympics. Omung had even met Mary a year back and had planned to make the film even before she won at the Olympics.

Sanjay confirmed that Omung had brought the script to him a month before the Olympics and Mary has made India proud. Bhansali also added that he was moved by her story and she is a mother of two and has also been through a lot of struggle. The film maker added that Kom has tremendous spirit and a sense of living and dignity. Kom has what it takes to make a great champion.