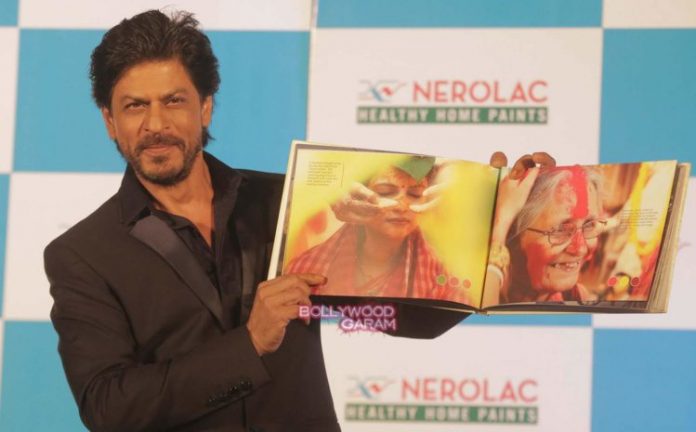 Bollywood star Shahrukh Khan was at the Nerolac launch event held in Kolkata on January 11, 2016. The ‘Om Shanti Om’ star launched the company’s new Shades of Bengal at the event.

Reports say that the company organized the event to convey the message that Shahrukh is also the brand ambassador of the company for the state of Bengal. The star looked elegant yet trendy with a slightly messy hair with a beard and mustache.