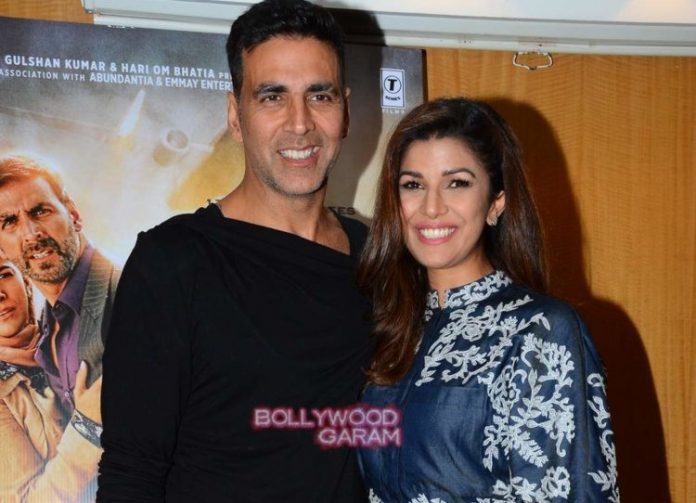 Bollywood star Akshay Kumar and Nimrat Kaur promoted their upcoming movie ‘Airlift’ at an event in Mumbai on January 12, 2016. The actress looked pretty in a blue and white outfit while Akshay looked great in a black shirt, rough jeans and red boots.

The movie ‘Airlift’ is about the Gulf War scenario where the Indians are stranded in Kuwait and how the characters of Akshay and Ranjit Katyal help them to survive the Iraqi Invasion.

‘Airlift’ is directed by Raja Menon and produced by Nikhil Advani and T-Series.