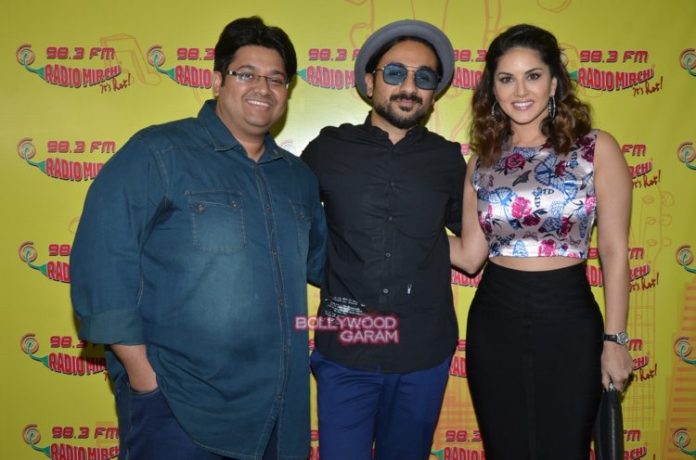 Actors Sunny Leone and Vir Das promoted their upcoming movie ‘Mastizaade’ at Radio Mirchi Studios in Mumbai on January 14, 2016. Leone looked pretty in a printed outfit while Vir looked cool in a casual jeans and a hat.

‘Mastizaade’ is an upcoming movie directed by Milap Zaveri and produced by Pritish Nandy and Rangita Nandy. Leone will be seen playing a double role in the movie.