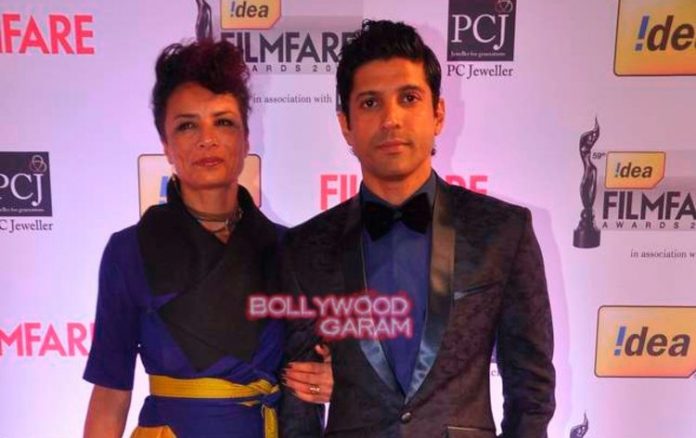 Bollywood couple Farhan Akhtar and wife Adhuna Akhtar have announced that they have decided to end their marriage. The couple issued a joint statement that announced their separation after 15 years of marriage. The statement has also mentioned that the two have taken the decision mutually and amicably.
Adhuna and Farhan are parents to children Shakya and Akira. Farhan and Adhuna in the statement said, “This is to announce that we, Adhuna and Farhan, have mutually and amicably decided to separate. Our children remain our priority and it is immensely important to us, as responsible parents, that they be protected from unwarranted speculation and public glare”.
The statement has further requested for privacy in the matter. Farhan and Adhuna added that they need the privacy so as to move forward in life in a dignified manner. 42 year old actor and singer Farhan got married to Adhuna in 2000 a year before the release of the movie ‘Dil Chahta Hai’.
Speculations about their relationship had begun after Adhuna was visibly absent from Farhan’s last few outings including the celebratory party of ‘Wazir’ and Dabboo Ratnani’s Calendar launch. The two were in a relationship for three years before they got married.