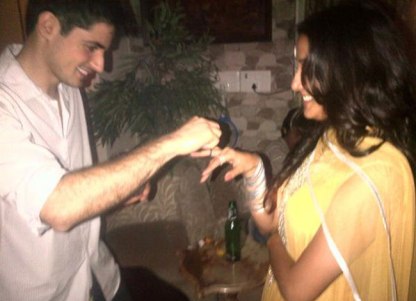 But the next day Sen clarified that it was a joke which left her family members shocked. One of the friends of Sen revealed that the pictures were taken at a party when the actress was in high spirits. When Raima was asked about the possible wedding, she said she would definitely some day like to get married to Thapar.
Photo Credits: Bollywood Mantra