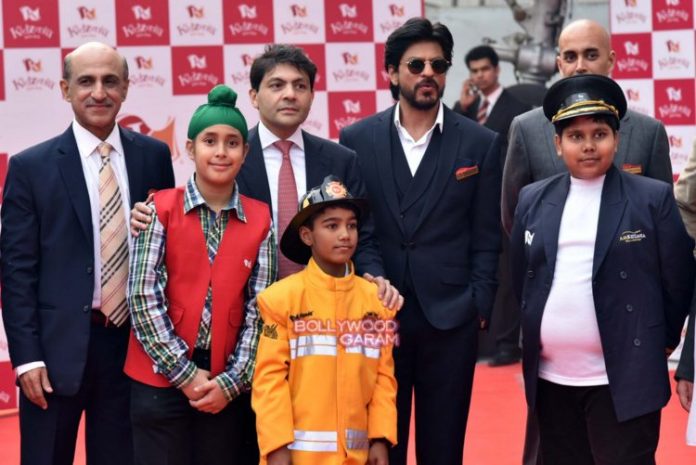 Bollywood star Shahrukh Khan launched the edutainment theme park Kidzania in New Delhi on January 29, 2016. The ‘Dilwale’ star at the event shared a few moments from his childhood and also his role as a father.

The actor also shared a few parenting tips for the audience. Shahrukh also insisted to recognize the aptitude of the child and to train them in that particular skill the child is interested in. Kidzania in Delhi will be a bigger one opened in Mumbai in 2013.

The education chain has already operational centres across 18 countries.