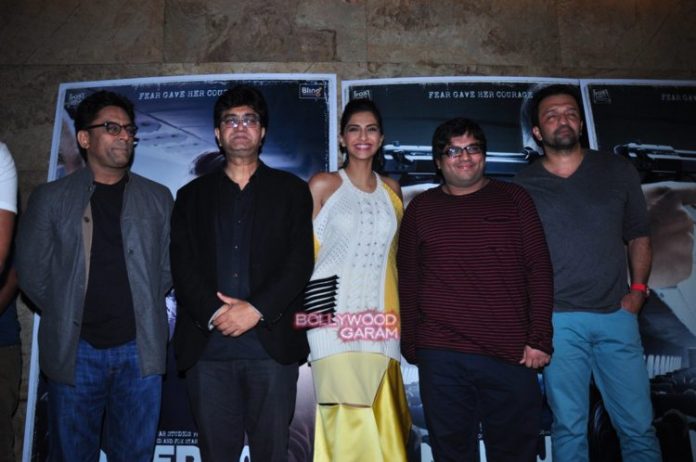 Bollywood actress Sonam Kapoor launched a song from her upcoming movie ‘Neerja’ at an event in Mumbai on February 3, 2016. The actress launched the song ‘Aankhein Milayenge Darr Se’.

The actress will be seen playing the role of an airhostess.