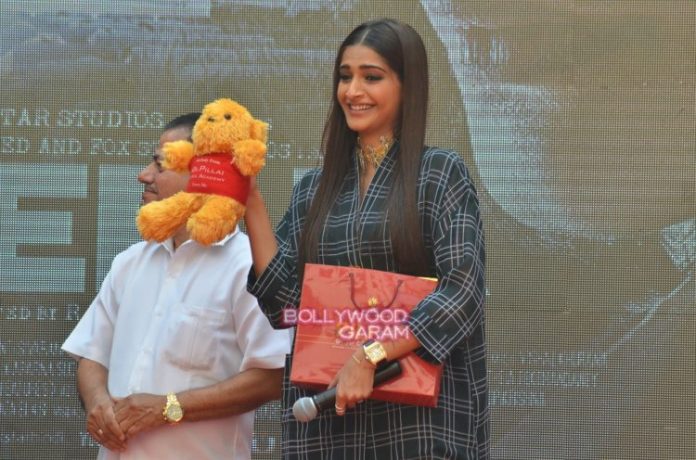 Bollywood actress Sonam Kapoor promoted her upcoming movie ‘Neerja’ at Pillai University in Mumbai on February 4, 2016. Kapoor was seen in a trendy, long and loose top and black pants.

The actress revealed her song ‘Aankhein Milayenge Darr Se’ at a recent event. Kapoor will be seen playing the role of an airhostess in the movie ‘Neerja’ which narrates the story of an airhostess who gave her life to save the life of the passengers on an hijacked aircraft.