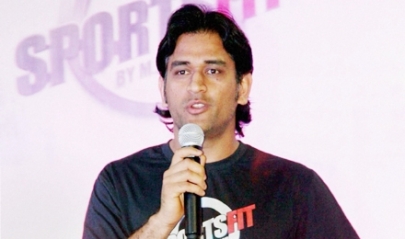 Mahendra Singh Dhoni, the captain of the Indian cricket team, also known as Captain cool, will soon be seen in a commercial opposite Bollywood actor Ranbir Kapoor. The two are now a part of the latest ad campaign for Pepsi before the beginning of the ICC World Twenty20 Championships starting from September 18, 2012.

The company in a statement said that the new campaign revolves around the passionate spirit of the young Indian Twenty 20 cricket fans who enjoy watching the exciting format. Dhoni said that he enjoyed shooting for the new commercial, while Ranbir assured that the new ad will be entertaining.