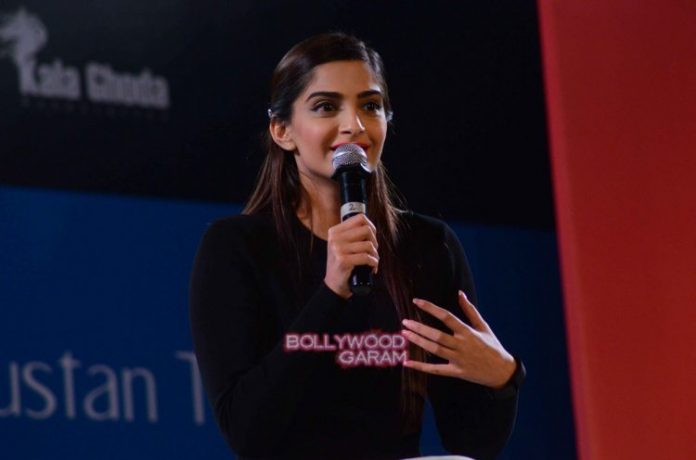 Bollywood actress Sonam Kapoor attended the Kala Ghoda Festival in Mumbai on February 9, 2016. The ‘Dolly ki Doli’ actress interacted with the people present at the event and opened up about her food habits.

The actress revealed that she is really fond of eating Pav Bhaji and added that it is her favourite street food.

Sonam also revealed that actor Salman Khan is her favourite co-star and added that he is a cute and an amazing person.