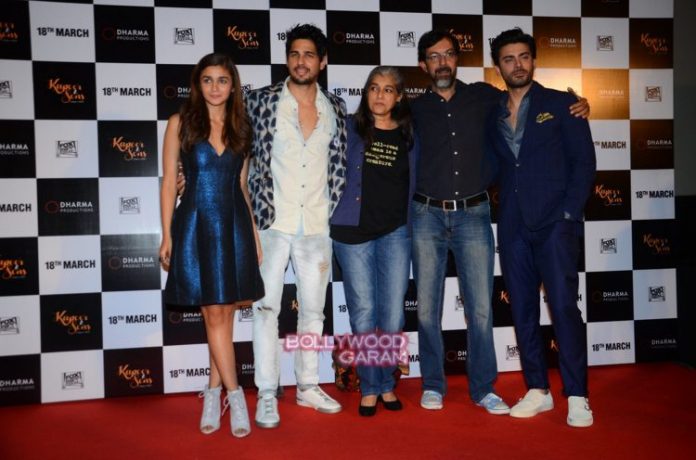 Lead actors Alia Bhatt, Sidharth Malhotra and Fawad Khan of the upcoming movie ‘Kapoor and Sons’ launched the trailer at an event in Mumbai on February 10, 2016. The trailer launch event also saw the presence of other cast members, Ratna Pathak, Rishi Kapoor and others.

The much awaited family comedy movie is directed by Shakun Batra and produced by Dharma Productions. Veteran star Rishi Kapoor will be seen playing the role of a grandfather to the characters of Sidharth and Fawad.