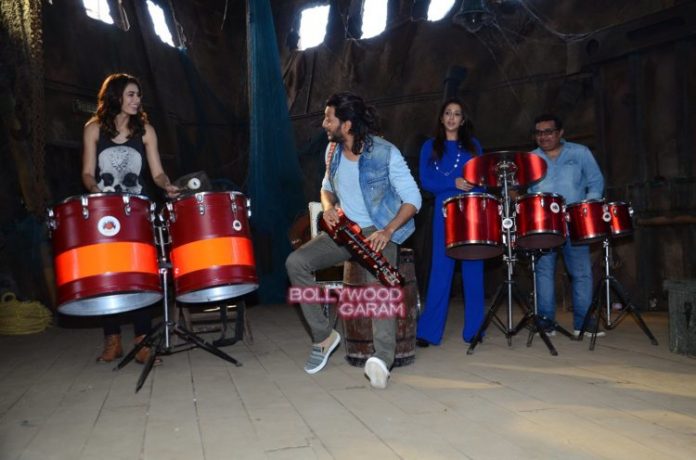 Actors Riteish Deshmukh, Nargis Fakhri and producer Krishika Lulla hosted a press meet for their upcoming movie ‘Banjo’ in Mumbai on February 10, 2016. Nargis will be seen playing the role of an NRI and expressed that she is happy to play the character as she got to relate with her character when she had first come to Mumbai.

Fakhri added that she also got to know much about Maharashtrian culture, food and music. The movie is directed by Marathi movie director Ravi Jadhav who has directed some of the hit Marathi flicks like ‘Natarang’, ‘Balak Palak’ and ‘Timepass’.

This is the first time Jadhav will be working on a Hindi movie.