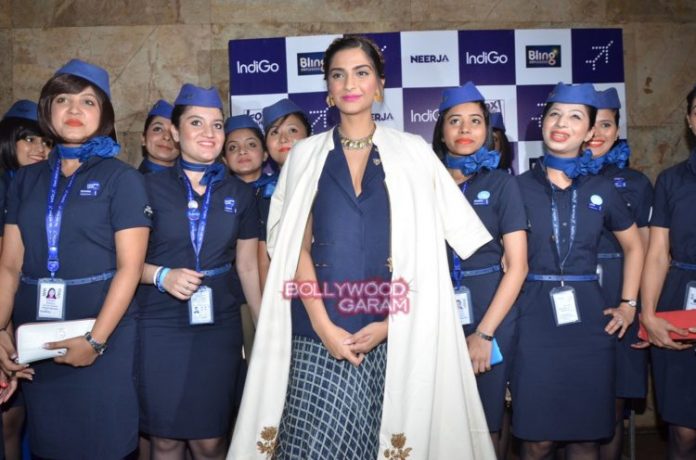 Indian actress Sonam Kapoor and the makers of the movie ‘Neerja’ organised a special screening for flight attendants in Mumbai on February 18, 2016. The actress wore outfit similar to that of the flight attendants.

The event also saw the presence of co-producer Atul Kasbekar and filmmaker Ram Madhvani. The story of the movie is about the real life flight attendant Neerja Bhanot who sacrificed her life to save lives of the passengers on a hijacked flight.