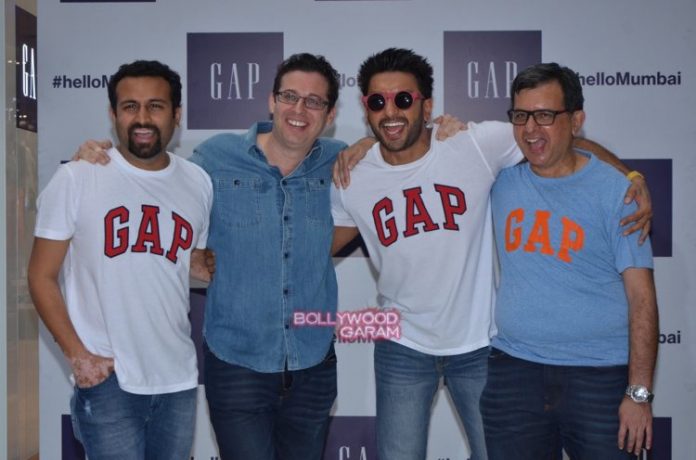 Indian actor Ranveer Singh launched the new Gap store at Oberoi Mall and Infinity Mall in Mumbai on February 21, 2016. The ‘Bajirao Mastani’ star was accompanied by MD and CEO, J. Suresh and others.

Singh was seen wearing Gap’s trademark denims and interacted with the media and said that he has been a huge fan of Gap since he was a kid.

The actor was last seen in the movie ‘Bajirao Mastani’ starring Priyanka Chopra and Deepika Padukone and has recently committed to star in the upcoming movie ‘Befikre’.