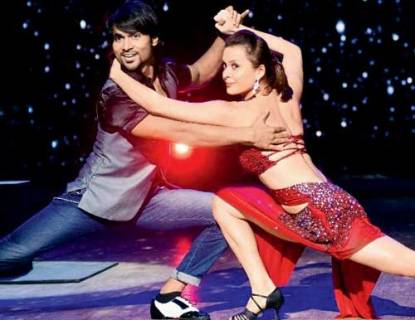 Bollywood actress Isha Sharwani, who is also one of the string contenders of the show ‘Jhalak Dikhhla Jaa’ , will not be able to perform in the upcoming episode. The actress who was accompanied by choreographer Salman injured her right elbow while she was rehearsing with the international dancers from Las Vegas.

Isha said that she was rehearsing for her upcoming act when she suffered a dislocation of her elbow bones. The doctors have advised the actress to take rest for at least 3 to 4 weeks. Isha said, It’s really unfortunate that after all the love and affection I received from my fans from all over India and all the hard work I and Salman put in, we will be unable to perform on September 8th & 9th, 2012″

At the same time the actress is determined and said that she will not let go the chance to win the Jhalak title and will not disappoint her fans.