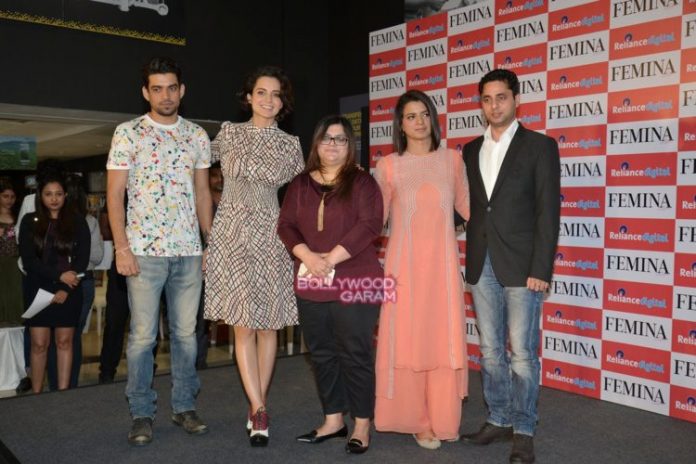 Bollywood actress Kangana Ranaut along with sister Rangoli launched the cover of Femina at an event in Mumbai on March 8, 2016. The event also saw the presence of brother Akshat and brother-in-law Ajay.

The cover of Femina features the ‘Queen’ actress and her sister Rangoli. The actress at the event stated that her sister is the biggest source of inspiration for her.

Kangana is currently working on her upcoming movie ‘Rangoon’ which also stars Shahid Kapoor and is due to hit the theatres in September 2016.