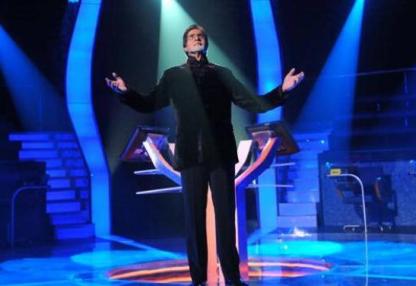 For all the KBC fans, Bollywood super star Amitabh Bachchan back with another season of the popular game show ‘Kaun Banega Crorepati’. The opening episode of the new season will feature the super star reciting the poem which highlights the power of knowledge.

The audience will also be treated with a special performance by Big B on the song ‘Ekla Cholo Re’ which has been revised by the music composers Salim –Sulaiman. The show will also feature the top four Indian Idol contestants Devendra, Vipul, Amit and Poorvi.

There’s more as the actor and the host will also be joining with the Shillong Chamber Choir, who were the winners of the talent show ‘India’s Got Talent’ and will be singing a medley which has been specially put for KBC and has been arranged by Neil Nongkynrih, the founder and conductor of the choir.

The opening episode will also have a special UV act which is choreographed on a range of songs by the ace choreographer Remo D’souza. The first contestant of the show will be Kanwar Singh from Amritsar, who will be opening the game as the first contestant of the season on the hot seat. The show is all set to open tonight on September 7, 2012 at 8:30 pm on Sony Entertainment Television.