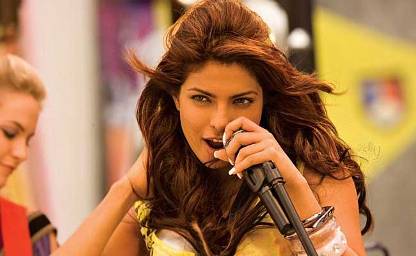 At present the actress is busy promoting her upcoming movie ‘Barfi’ which also stars Ranbir Kapoor and Ileana D’Cruz. But still Chopra is fishing out time for her upcoming album which also features will.i.am.

Priyanka while talking about her song said that she does not want her music to be region specific and wants to have a global feel so that anyone listening across the world can relate to it easily, very much like Shakira’s music.

Chopra also said that her music is strongly connected to the roots but has a strong global flavour. Some of the close friends of the actress revealed that the song featuring will.i.am will be launched at the National Football League kickoff. Only time will tell if Priyanka’s desi touch to her songs will make her an international singing diva. Earlier there were also reports that the actress will be working with international singer Jay Z for her upcoming album, but now it seems like it did not work out. Priyanka is now looking forward to the launch of her movie and her album.