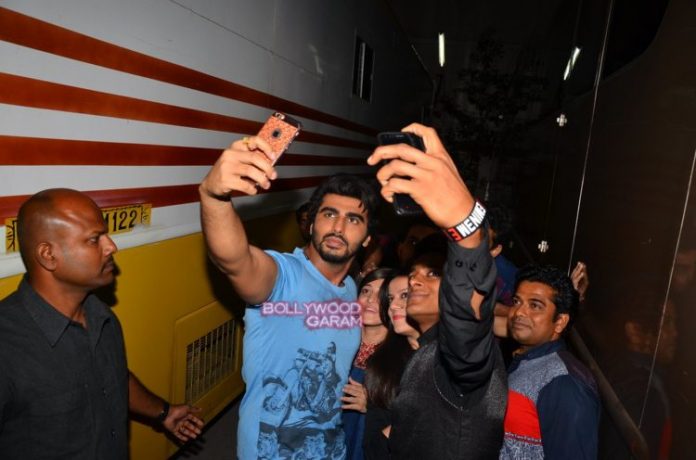 Actors Arjun Kapoor and Kareena Kapoor are making the most of each and every opportunity to promote their upcoming movie ‘Ki and Ka’. Kareena and Arjun were snapped promoting the movie at Mehboob Studios in Mumbai on March 14, 2016.

Kareena Looked trendy in a blue shirt and bell-bottom jeans while Arjun was seen in casuals. Arjun was also seen posing with a few of his fans for selfies.

The movie ‘Ki and Ka’ is directed and produced by R. Balki and is all set to hit the theatres on April 1, 2016.