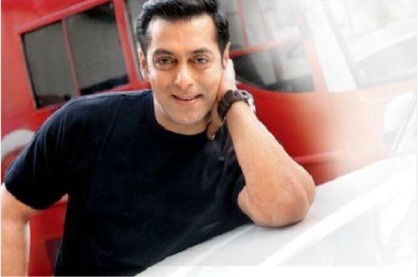 While the crew of ‘Dabangg 2’ were in Kanpur for the shoot, the fans of Salman Khan went on a rampage after the news spread that the actor was in town for the shoot. The situation forced to resort to baton charge and arrest six people.

The fans had gathered around the Bajaria police station here since the afternoon with a hope to catch a glimpse of the actor. But when the fans came to know that the actor will not be coming they went berserk and vandalized the police station.

The police was forced to resort to baton charge to control the crowd and even arrested six people. Salman Khan’s brother Arbaaz Khan had come to the town a few days back to finalize the details of the location for the shoot.

ACP Bharat Singh said, “The crowd was standing there hoping that Salman Khan is coming. To control the crowd we had to resort to lathi charge. We have filed complaint against many”. Reports had said that a few scenes of the movie would be shot here but the crew had then cancelled the shoot due to security reasons. The entire crew will now be shooting in the city of Lucknow. Salman in the movie ‘Dabangg 2’ will be playing the role of a cop.