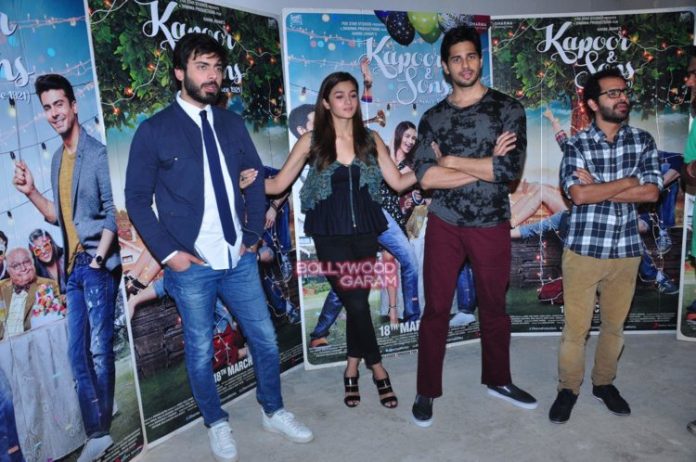 Bollywood actors Fawad Khan, Sidharth Malhotra and Alia Bhatt promoted their movie ‘Kapoor and Sons’ in Mumbai on March 17, 2016. Alia looked pretty in a blue and green top and jeans while Fawad looked great in a blue jeans, shirt and a blue jacket.

The movie ‘Kapoor and Sons’ has hit the theatres on March 18, 2016 and is directed by Shakun Batra.