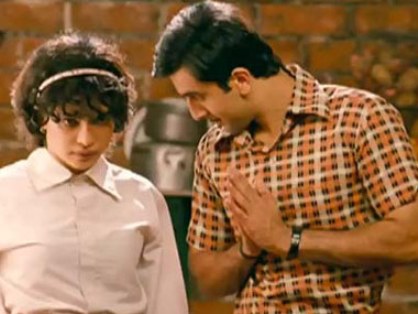 The audience are eagerly waiting for the release of the upcoming movie ‘Barfi’, but the makers of the movie are in legal trouble after the manufacturer Murphy Radio has sued them. The British manufacturer, has claimed that UTV Motion Pictures has used Murphy’s name in the title song ‘Ala Barfi’ without acquiring a No Objection Certificate from the company.

The company has also sent a legal notice to the film makers and has sought a ban on the release of the film if no action has been taken. Sujit Kurup, the advocate of the company said that the film has used the name of the brand extensively. Moreover apart from the song, even the story line has Murphy incorporated in it.