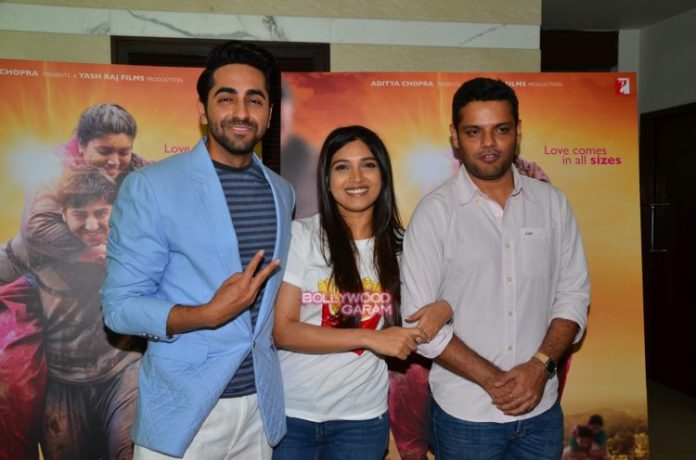 Lead actors Ayushmann Khurrana and Bhumi Pednekar of the movie ‘Dum Lagake Haisha’ attended a press event in Mumbai on March 29, 2016. The actors along with director Sharat Kataria expressed their joy that their movie won a National Award for the Best Hindi Film at the 63rd National Film Awards.

Bhumi looked great in a casual white t-shirt and jeans with sneakers while Ayushmann was seen in a casual t-shirt, jeans and a sky blue blazer.