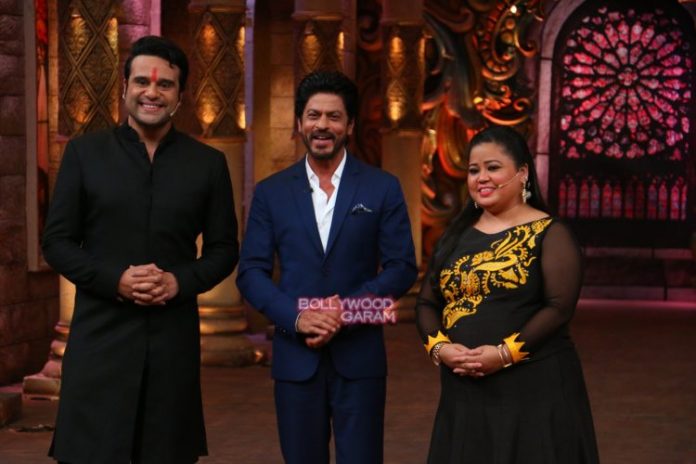 Bollywood superstar Shahrukh Khan promoted his movie ‘Fan’ on the sets of the TV show ‘Comedy Nights Bachao’ in Mumbai on March 3, 2016. Shahrukh has begun to be a part of various shows and will also be on the first episode of ‘The Kapil Sharma Show’.

The movie ‘Fan’ is directed by Maneesh Sharma and features Shahrukh in the lead role.

‘Fan’ also stars Waluscha de Sousa and Priya Pilgaonkar and is all set to hit the theatres on April 15, 2016.