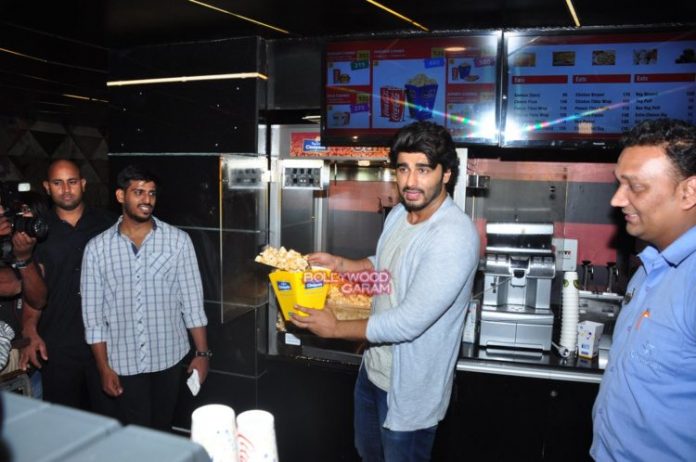 Bollywood actor Arjun Kapoor hosted a special screening for his fans in Mumbai on April 5, 2016. The actor at the screening event was seen selling pop corn to his fans as he took over the snacks counter.

The movie ‘Ki and Ka’ also features Kareena Kapoor and hit the theatres on April 1, 2016.

Arjun in the movie is seen playing the role of a husband who looks after the household chores while wife played by Kareena is the earning partner.