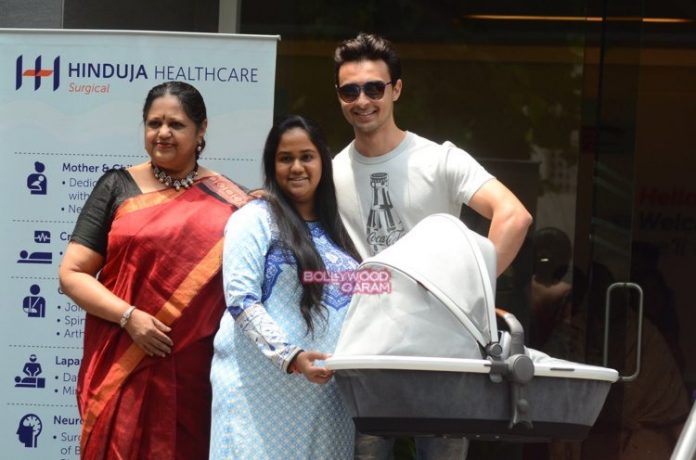 Superstar Salman Khan’s sister Arpita Khan has been discharged from the hospital after she gave birth to her son ‘Ahil’ in Mumbai on April 5, 2016. Arpita and Aayush were snapped posing the for shutterbugs outside Hinduja Hospital as they carried their baby in a carrier.

The young parents were seen taking their baby first to Salman’s residence at Galaxy Apartments.

Arpita and Aayush Sharma got married in a lavish wedding ceremony in Hyderabad’s Falaknuma Palace on November 18, 2014.