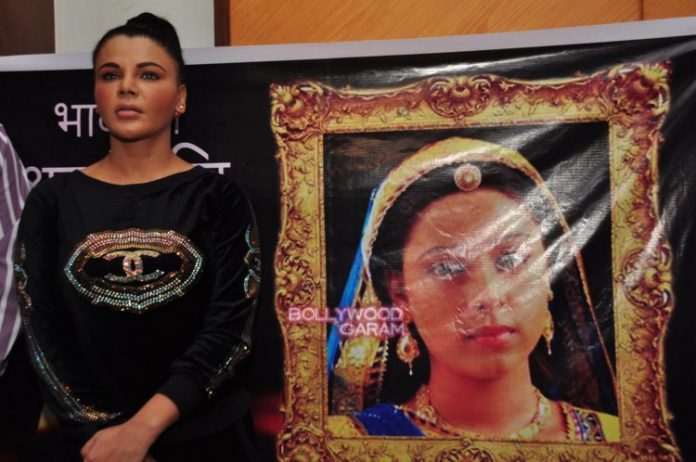 Actress Rakhi Sawant held a press conference in support of late actress Pratyusha Banerjee in Mumbai on April 5, 2016. Rakhi at the press event interacted with the media and claimed that Pratyusha’s partner Rahul’s former girlfriend had send the ‘Balika Vadhu’ actress an intimate video of herself with Rahul.

Sawant added that Pratyusha was upset due to video and that might have led her to commit suicide.

During the press event, the actress also lifted a ceiling fan and urged Prime Minister Narendra Modi to ban it as it has led to several suicides in the country.