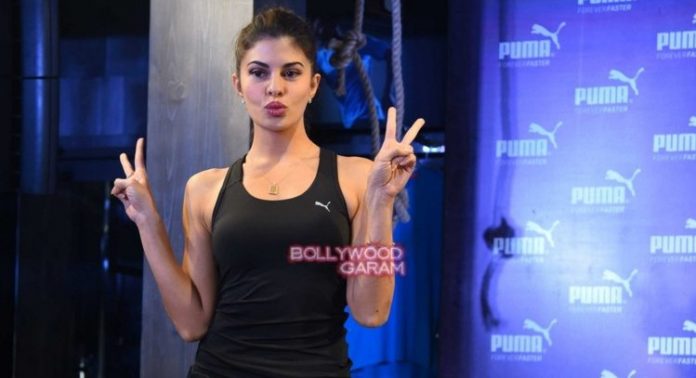 Bollywood actress Jacqueline Fernandez unveiled the biggest flagship store of PUMA in New Delhi on April 7, 2016. The new store is spread over three floors and covers an area of 4,800 sq.ft.

Jacqueline was seen in a sporty look and also did a head stand as she interacted with the media.

On the work front, the actress was last seen in the movie ‘Brothers’ and is currently filming for upcoming flicks including ‘Housefull 3’, ‘Dishoom’ and ‘A Flying Jatt’.