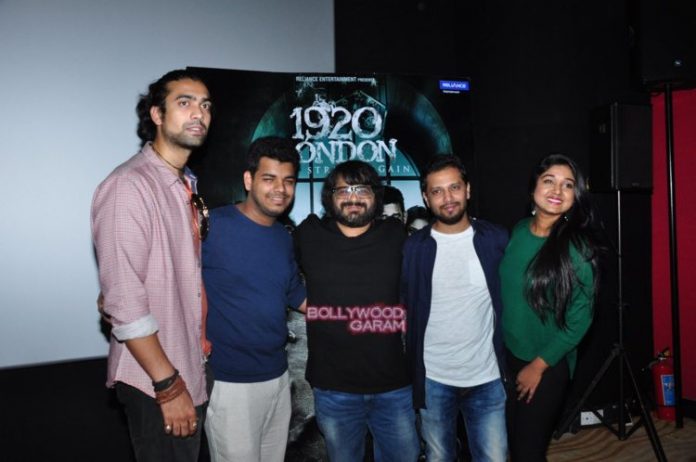 Actors Sharman Joshi and Meera Chopra promoted their upcoming movie ‘1920 London at an event in Mumbai on April 9, 2016. The upcoming horror flick is directed by Tinu Suresh Desai and is all set to hit the theatres on May 6, 2016.

The makers of the movie released its trailer on April 4, 2016. The story is about Shivangi played by Meera who lives in London with husband Veer played by Sharman.

The couple receive a gift from Rajasthan after which strange things start happening to Veer and his condition begins to deteriorate.