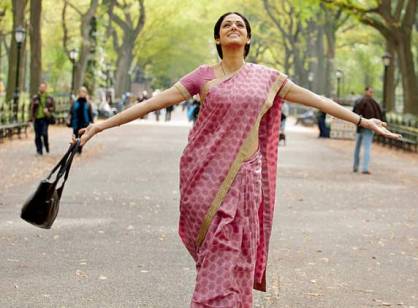 Upcoming movie ‘English Vinglish’, which will mark the come -back of the veteran actress Sridevi , was premiered houseful to a sold out crowd at Roy Thompson hall at Toronto on September 14, 2012. During the premiere the movie got a standing ovation from the people.

The movie was loved so much that the people sitting for the premiere stood up and applauded for at least ten minutes. Even the global press has given some amazing reviews to the film and everyone had an opinion that the movie will stand as a pillar in the changing face of cinema. The movie was also loved so much as it had a universal subject.