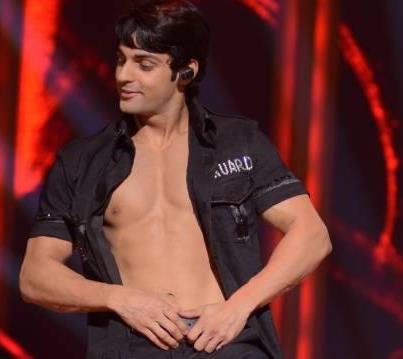 Its time for the semi finals on the dancing reality show ‘Jhalak Dikhhla Jaa’ or which TV actor Karan Wahi is out of the race. Once again comedian Bharti Singh survived due to the love from her audience and made her place in the top five.

This week has surely been heart breaking as the best friends Ritwik Dhanjani and Karan were separated. Wahi was out despite scoring better than Gurmeet Chaudhary last week.Karan and his choreographer Mohina had entered the competition through a wild card round. The wild card had also brought TV actress Rashmi of ‘Uttaran’ fame who has now become a strong competitor.

On the other hand Esha Sharwani and his partner Salman Yusuff have been allowed not to perform but still be a part of the competition due to her elbow injury. The judges of the show said that Esha and Salman have been consistently performing throughout earlier and have also many times claimed the perfect scores.

So the judges gave the actress the advantage of entering the semi finals on the basis of their earlier performances. Now the top five contestants of the show include Gurmeet Chaudhary, Bharti Singh, Esha Sharwani, Rashmi Desai and Ritvik Dhanjani.