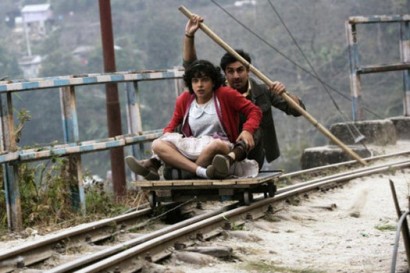 Surprisingly and unexpectedly, Anurag Basu’s ‘Barfi’ movie has managed to impress the audience, critics and even the box office. The picturesque cinematography of the movie has helped it earn Rs. 34.6 crores in its opening weekend.

The romantic comedy movie was released on September 14, 2012 which features Ranbir Kapoor, Priyanka Chopra and debutant Ileana D’Cruz. The flick was made with a budget of Rs. 30 crores and is about love beyond anguage and disability. The very theme helped the movie to garner Rs. 9.20 crores in the first day itself with Rs. 11.50 on the second and Rs. 13.5 on Sunday. Even producer Siddharth Roy Kapoor said that the response to the flick was overwhelming.