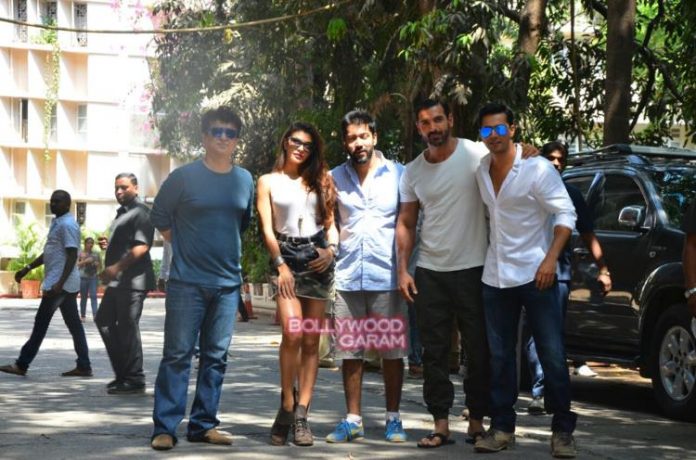 Lead actors Jacqueline Fernandez, Varun Dhawan and John Abraham of the upcoming movie ‘Dishoom’ wrapped the shoot of the flick in Mumbai on April 18, 2016. The stars and producer Sajid Nadiadwala interacted with the media and talked about the upcoming movie.

‘Dishoom’ is directed by Rohit Dhawan and produced under the Nadiadwala Grandson Entertainment banner. The movie is all set to hit the theatres on July 29, 2016.